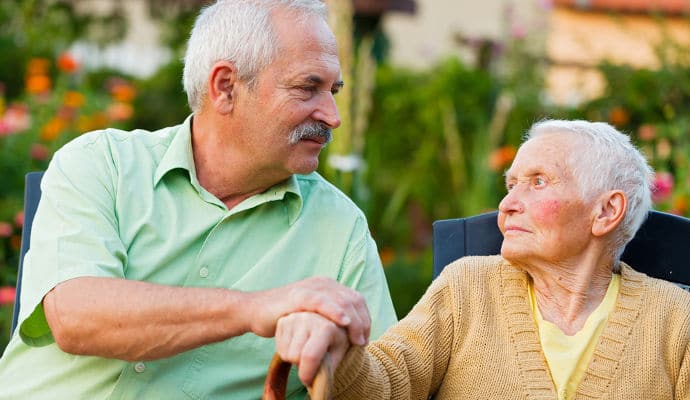 When symptoms aren’t quite dementia, but aren’t normal either

When you notice that someone might have memory issues or there are signs that their mental function seems “off,” you might assume that they have Alzheimer’s or dementia.

But even if family or friends notice changes too, the symptoms might not be severe enough to cause problems with everyday life.

In some cases, symptoms like these could be caused by mild cognitive impairment (MCI), not dementia.

It causes memory and thinking problems beyond what’s normal for older adults and affects 10 – 15% of seniors.

We explain what mild cognitive impairment is, the symptoms, how it’s diagnosed, causes and risk factors, and treatments.


What is mild cognitive impairment?

Healthy people experience a slow decline in cognitive abilities as a normal part of aging.

Mild cognitive impairment (MCI) is a middle stage between the occasional forgetfulness of normal aging and the serious cognitive decline of dementia.

It can cause problems with memory, language, thinking, and judgment.

But in some cases, mild cognitive impairment doesn’t worsen over time.

Some people with MCI may even improve over time. And in other cases, their symptoms might be stable and stay about the same.

Someone with mild cognitive impairment could experience these symptoms:

They may also have:

These changes may cause someone with MCI to need a little help with the more difficult everyday tasks (like paying bills, managing medication, driving).

The benefit to a proper MCI diagnosis is that your older adult will know that their cognitive issues aren’t caused by a medication side effect or other treatable conditions that cause dementia-like symptoms and could be mistaken for MCI.

Plus, they’ll know if they have an increased risk of developing dementia.

That means doctors can monitor them regularly so if they do develop dementia, they can be diagnosed and treated as early as possible for maximum effectiveness.


Causes of and risk factors for mild cognitive impairment

Experts believe that many cases (but not all) are caused by brain changes that happen in the very early stages of Alzheimer’s disease or other dementias.

The strongest risk factors for MCI are the same as those for dementia:

There are no FDA-approved medications that treat mild cognitive impairment.

Drugs that are approved to treat Alzheimer’s disease haven’t shown any benefit in delaying or preventing progression of MCI to dementia.

What is more helpful is to live a lifestyle that’s as healthy and balanced as possible to improve symptoms and lower the risk of dementia.

Experts also recommend that a person diagnosed with MCI should be re-evaluated by their doctor every 6 months to monitor symptoms – stable, improving, or getting worse.